Accidental clicks can happen, but they shouldn't happen all the time. Find out more about confirmed click penalties, and how to avoid them.

If you have clicked on an ad on your site and seen a modal popup in the ad like the image below, you have the confirmed click penalty. This is also known as the double click penalty.

See below for an example: 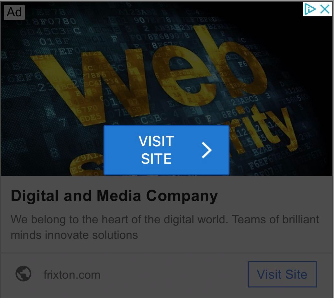 Users must click the ad once initially and then a second time on the "Visit Site" modal. They must confirm that they actually meant to click on it.

The penalty can happen to an entire site globally, or to specific ad unit. The best way to check your ad units at a macro level is by looking at their click-through rates over time.

If you see an unexpected, significant drop off, you may want to visit your site and click on the ad unit to see if it has been affected.

Why does it happen?

Google's automated process triggers the confirmed click violation when they detect that a publisher's layout may induce clicks or cause accidental clicks.

Google gives many examples in their documentation that publishers should avoid on their sites, but here are some highlights:

How will it affect me?

Unfortunately, all else being equal, your revenue will go down.

Google counts a click once a users makes it to the advertiser's landing page. Once the confirmed click penalty is in place, this will limit the number of accidental clicks you receive. As a result, your click-through rate will go down, and your eCPMs will decline. All of which will lead to a decrease in revenue.

How to fix it?

There is no silver bullet for fixing the confirmed click penalty. Some people may claim that they have a solution to resolve the issue, but as of this writing, no solution exists.

To get rid of the confirmed click penalty, do an analysis of the affected units and identify any issues that may cause accidental clicks, fix these issues, and then...wait.

The last phase of that process may be the most difficult for publishers to handle, but give it time. Google's detection system will scan your site again, and, if you made the necessary changes, the confirmed click penalty will be removed.

In most instances, the penalty will be removed in two to four weeks after adjustments are made.